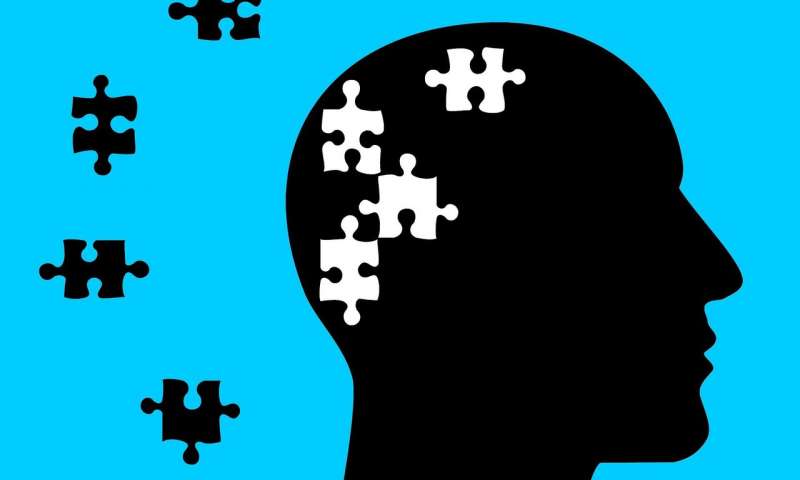 What are the State Mental Health Scores?

We created two mental health composite scores per state. The first was a policy score indicating the degree to which a state is advancing policies that increase access to mental health services. The second was a mental health outcome score based on key performance metrics. The mental health policy score was determined by looking at: (1) mental health parity score established by the Kennedy Forum, (2) mental health services provided per capita, (3) uninsured rate for individuals under 65 years old, (4) telehealth policies, and (5) mental health grant opportunities. The state mental health outcome scoring measures included: (1) prevalence of individuals who had thoughts of suicide, (2) prevalence of completed suicides, (3) change in suicide from 1999–2001 to 2014–2016, (4) adults with any mental illness reporting unmet need, and (5) children with any mental illness reporting unmet need. For a full list of references and data tables, see our attached report.

What did we find? 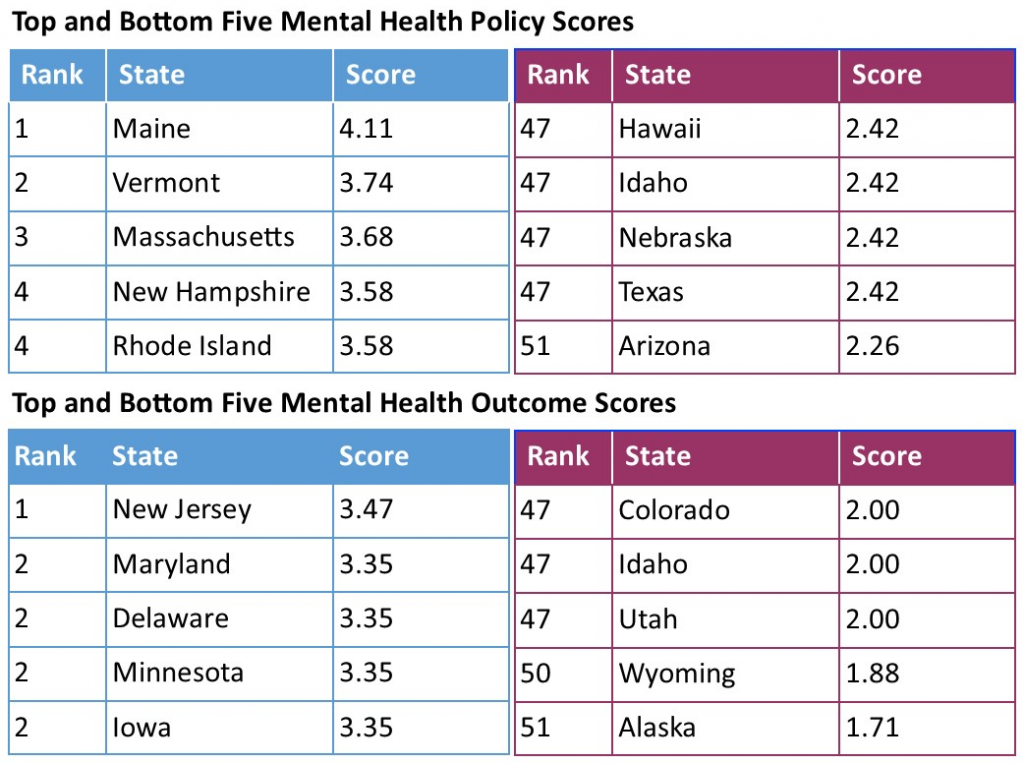 There is some suggestion of a bidirectional relationship between policy and outcome in our secondary analysis, which included substance use disorder (SUD) variables.  The most clear example of this was in Texas. Texas had the 51st (lowest) mental health policy score in our secondary analysis. However, Texas also had the 2nd highest mental health outcome score. This indicates that compared to other states, Texas was not expanding mental health services, but was meeting the demand for mental health care. This movement to the top and bottom of the composite scoring in the secondary analysis highlights that the  opioid epidemic has disportionally impacted communities across the country. Texas ranks 45th in age-adjusted drug overdose deaths. Therefore, the state has not had a high demand (compared to other states and regions) to put in place policies that expand SUD treatment. Introducing SUD variables into the scoring appears to highlight that mental health outcomes may impact the advancement of policies that expand mental health services.

Summing up and What’s Next?

The development of the mental health policy and outcome composite scores started as an internal project here at NeuroFlow to help us better understand the communities we serve. We would love to hear from you about what methodologies or variables you would utilize to create your own mental health scoring system. Any questions, comments, thoughts or collaboration ideas can be sent to our Senior Policy Consultant, Matt Miclette, at matthew@neuroflow.com.