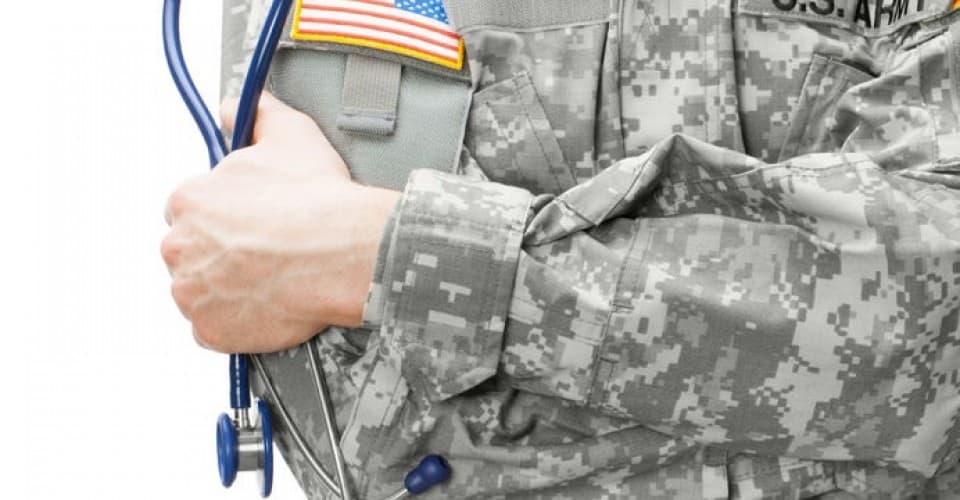 Mental Health Care in the VHA: A Deep Dive into the Data

We compiled a ranking of 145 VAMC’s based on relevant quality measures for the past 3 years.

Top performing VAMC’s included Asheville and Providence while Fayetteville and Montgomery were towards the bottom tier.

No connection between population size or depression rates and rankings was established.

The Veterans Health Administration (VHA) is America’s largest integrated health care system, offering services to 22 million veterans across the country. Yet, only 9.1 million members of this population seek healthcare through the VHA – of which, 4.6% have been diagnosed with a serious mental illness (SMI). But, these statistics only include those Veterans with the diagnosis who are also in care. Therefore, this is an underestimate of SMI in the Veteran population and indicates a higher prevalence of mental health disorders in Veterans. Beyond the small percentage of veterans diagnosed with a serious mental illness, less than 50% of returning Veterans in need, receive mental health treatment. All these facts lead to the most sobering statistic of all: approximately 22 veterans die by suicide every day.

With these statistics in mind, we wanted to delve deeper into the effectiveness of mental health care across the VHA. We considered two sources of data reported by the VHA: the Strategic Analytics for Improvement and Learning Value Model (SAIL) and the End of Year Hospital Star Rating.

SAIL is a system for summarizing hospital system performance within the Veterans Health Administration (VHA). It assesses 25 quality measures in areas such as mortality rate, patient satisfaction, overall efficiency, and physician capacity at individual VA Medical Centers (VAMCs). The VHA uses this SAIL data to calculate their own “End of Year Hospital Star Rating” which assigns each VAMC a score from 1 to 5 (1 represents the lowest and 5 the highest) at the end of every year. The goal is to track the improvement or decline in quality over time for each hospital. For example, in 2018, the report indicated that 66% (96 out of 145) of VA Medical Centers reported on SAIL showed improvement compared to their baseline one year earlier. From these data sources, we can obtain an overall sense of how each VAMC is performing.

At NeuroFlow, we’re on a mission to bridge the gap between mental and physical health, we wanted to further analyze the data with a focus on care coordination and mental health. We looked at VHA SAIL data from the first quarter of the previous three years (2016-2019) for 145 VA Medical Centers across the country. We focused on quality measures such as ratings of hospitals and providers, care coordination, wait times, efficiency & capacity, and mental health. We calculated a score from 1 to 9 (1 represents the lowest and 9 the highest) based on each VAMC’s standard deviation from the mean for each measure. We then grouped the measures by the categories mentioned above: mental health, care coordination, wait times, efficiency & capacity, and overall average score. Each measure was given a weighting based on importance in evaluating mental health care in order to calculate the overall average VAMC mental health score. This method allowed us to calculate a score for each VAMC by category, and rank facilities accordingly. We built this ranking system with the intention of not only evaluating each individual VAMC but also showing how these medical centers are performing in comparison to others. Our findings for 2019 are summarized below.

As we look towards the leaders across measures, the Providence VAMC ranked in the top 5 for mental health, efficiency & capacity, and overall average score in 2019. It also appears in the top 10 for these measures as well as in wait times in 2017 and 2018. This is reflected in its star ratings as well: the Providence VAMC had star ratings of 4, 4, and 3 from 2016-2018.

Similarly, the White River VAMC has shown excellence in mental health, care coordination, wait times, as well as efficiency and capacity from 2017-2019. It is interesting to note that its star ratings have remained at a 3 for the past few years, despite its high scores calculated from the SAIL numbers.

Rankings and comparative scores help to compare VAMCs, but they do not help to identify what causes this variability. We considered factors including population size and incidence of depression in the VAMCs’ population. We used the Department of Agriculture’s rural-urban continuum codes listen by county and discovered a mix of metro and non-metro located VAMCs in the bottom and top ranks, indicating no direct relationship between population size and VAMC performance. We also reviewed Blue Cross Blue Shield, The Health of America Report® – Major Depression: The Impact on Overall Health to find that Fayetteville, Montgomery, Montana, Muskogee, and Portland (bottom-ranked VAMCs) are located in states with extremely high rates of depression. Columbus, which was also ranked towards the bottom, is located in a state with average rates of depression. But, two of the top-rated VAMCs, Providence and White River, are both located in states with extremely high rates of depression, just like some of the bottom-ranked VAMCs. This again indicates no direct relationship between depression prevalence and VAMC performance.

Further analysis of the data should delve deeper into the causes and effects of VAMC performance. This could include studies of population risk factors across regions, process evaluations to determine what services and technology are being used in each VAMC, or qualitative surveys to further identify best practices of the high-performing VAMCs. This review and these potential next steps could help identify the best practices in high performing systems, to be used as a resource for VAMCs across the country to improve their quality of care over time.

If you’re interested in learning more about the data, rankings, or want to discuss approaches to improving mental health care in the VHA, please contact our Senior Manager of Clinical Operations, Matt Miclette, at matthew@neuroflow.com.

How We Use Data to Guide Product Design at NeuroFlow